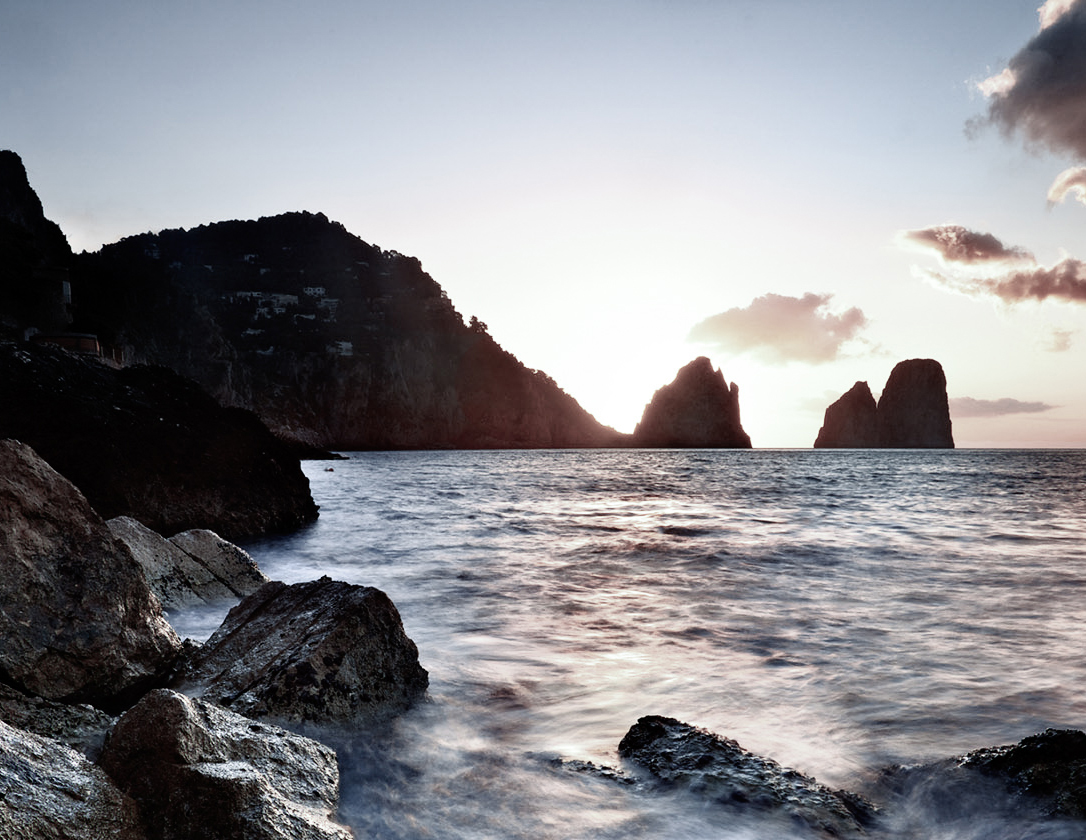 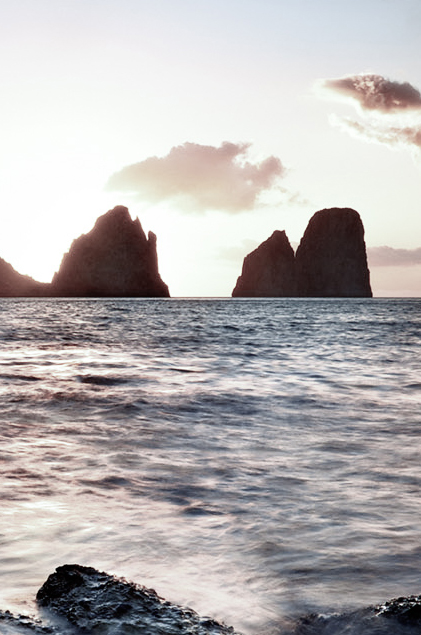 Born 200 thousand years ago, with the passage of time, they were modeled both for the sinking of the karst-dolomite coast above, due to telluric events, and for the erosion of rainwater, winds and the modeling force of the sea.

The term Faraglione derives from the Greek Faleriones (white foam rocks) or from the Latin Pharus, since fires were lit on these high rocks in the sea to guide the ships’ route and to avoid accidents.

The Faraglione di Mare, called Scopolo, is 104 meters high and the distance of 8 meters that divides it from the Faraglione di Mezzo is called Saetta. The Blue Lizard (Lacerta Coerula Faraglionensis) still lives on the summit of Scopolo.

The Faraglioni, defined by the Chilean poet Pablo Neruda as “Sentinels of Capri”, have given rise, over the centuries, to numerous legends about their birth. The myth tells us that the struggle and love of the giants Sebeto and Vesevo for a splendid girl, named Leucopetra, created these wonders of nature.

But it is in the romantic interpretation of the Homeric deeds of Ulysses that we find the most imaginative version of their birth. The German painter Frederich Preller (his 16 watercolor lithographs can be admired in the Council Chamber of the Municipality of Capri) tells us with his works the exploits of Ulysses in Capri scenarios.

It depicts Polyphemus, who lives in the Grotta della Paglia, adjacent to the Natural Arch, blinded by Ulysses and his companions. Thus, the giant mad with anger and pain, chases them and throws three large stone boulders (the Faraglioni) at their fleeing ships.

As evidence of this story, we discover that in the island’s toponymy the road that leads from Tragara to the Belvedere del Pizzo Lungo, a high spur of rock that German painters remember as Dito or Sperone del Gigante, is still referred to as Via Polifemo.