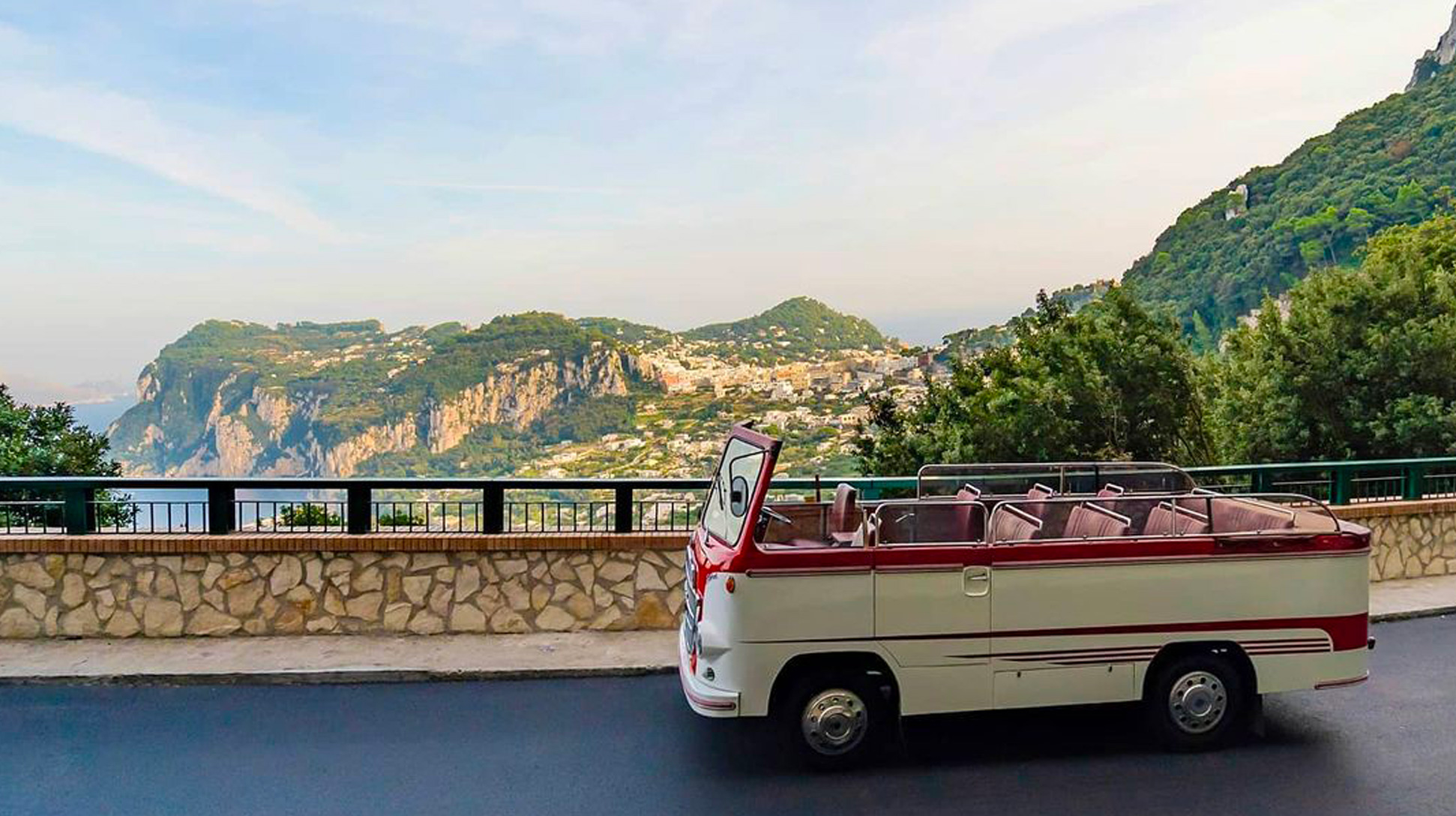 In the Capri lexicon, Staiano is synonymous with mobility and hospitality. At the beginning of the century Antonino Staiano left the district of Fornacelle di Vico Equense and landed on Capri. The origin of the surname “Staiano” comes from the families who lived on the hills of the Sorrento peninsula: Aiano derives from the Greek language and means hill or small high ground. On the island the young Antonino met Maria Mattera, an energetic and attractive girl from the town of S. Angelo d’Ischia.

“Antonino and Maria – recalls Mario Staiano – had eleven children, nine boys and two girls and lived together happily at Villa Marina in Marina Grande, near the Church of S. Costanzo.

“But it was my grandmother Maria – adds Anna Staiano – who was the great helmsman of the large family, a charming woman, strong and combative, she managed to keep the family together by working tirelessly “

Antonino, at the beginning of his activity transported coal and foodstuffs from the peninsula. But it was his volcanic sons who, in the 1950s, in the days of the Dolce Vita, realized that Capri’s colorful cabs had to be the calling card of Capri’s hospitality.

“The exiled King Faruk – says Mario with a veil of nostalgia – had a privileged relationship with my family and grandmother Maria welcomed guests every day at Villa Marina, guests who were in fact the clients of my uncles. Throughout my life, my family has maintained bonds of friendship with clients from all over the world.”

This personal sense of hospitality, cheerful, imaginative and colorful, inspired the creation of the red and white panoramic and convertible buses, which since the late sixties have welcomed groups of tourists arriving from the five continents to the port of Marina Grande.

Our buses,” Anna Staiano points out, “were designed with larger-than-usual windows in order to give the many passengers the chance to enjoy the magical landscape of Capri that can be admired from Anacapri: buses with a view of the blue island. For decades these colorful coaches have been driven by drivers who, over the years, have conveyed with a smile that joie de vivre which can only be felt on Capri.

The Staiano family has now diversified its field of action, but the philosophy of hospitality is still the leitmotif of their activity.

“We are designing new minibuses that are better suited to the island’s traffic. We have hostesses at both Naples airport and the ports of Capri and Sorrento. The customer has to start living his vacation right away, without stress, without the worry of carrying luggage and standing in line to buy hydrofoil tickets.”

But Staiano Trasporti is already projected into the third millennium with a new generation that projects its field of action at 360 degrees, from Capri to the world, there and back.

The field of action is different but the philosophy is the same: to make the heart and mind dream as they travel with the beauty of Capri.