THE HEART OF ANACAPRI
HISTORICAL AND MONUMENTAL CENTER 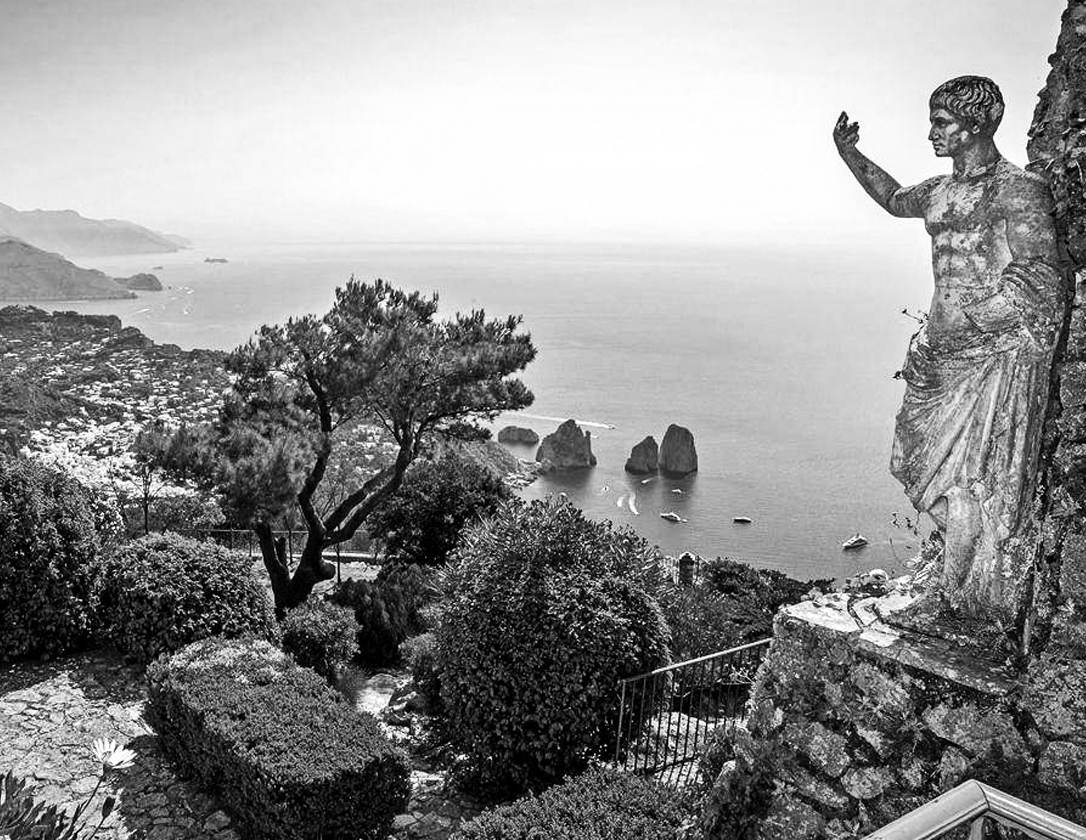 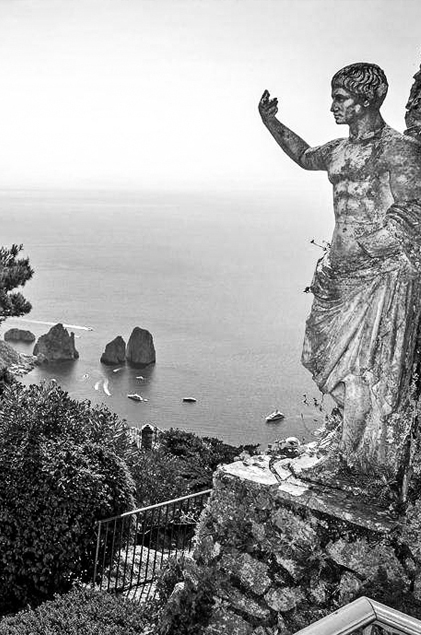 When you arrive in Piazza Vittoria, proceed along Via Giuseppe Orlandi, a pedestrian street dedicated to the Congressman Orlandi that, in 1875, allowed the construction of the carriage road between Capri and Anacapri, to discover the ancient heart of this town.  The many colorful shops that we find in this charming village offer the many visitors exclusive local handicraft products.  The first stop is at the Casa Rossa, built in 1876 by the American southern colonel J.C. Mackowen.  On the frontispiece of the door, an inscription in Greek reads “Hello citizen of the city of sweet doing nothing”.  Which is why Apragopolis is one of the many denominations with which Capri is remembered: the city of sweet doing nothing.  Inside, you can admire many archaeological finds that the colonel, passionate about ancient history, collected on the island.  On the first floor is a beautiful gallery of 19th and 20th century paintings depicting enchanted landscapes and scenes from island life.  In the upper room the three statues of marine divinities, clear proof that the famous Blue Grotto in the Augustan-Tiberian era was a nymphaeum, most likely connected by land with the Villa di Gradelle which situated above. A few steps away, in Piazza San Nicola we find the church of San Michele Arcangelo that the blessed Mother Serafina di Dio, a key figure of the Caprese 600, had built on a project by Domenico Antonio Vaccaro.  Inside, the masterpiece of the Chiaiese “master riggiolaro” which reproduces the Earthly Paradise.  In the 2500 majolica tiles, the artist who also worked in other convents and churches of the Sorrento Peninsula, reproduces many fantastic and real animals with great skill.  Along via Finestrale you reach Piazza Boffe.  This ancient square also known as the “Ficacciate” was also the “Seat of the elderly”, where the village government met.  It owes its name to the barrel vaults that characterize the houses, which in Arabic are called “Ghrffe”.  Magically, you will have the impression, especially at sunset, of being in a square in Tunis or Marrakech.  Returning to the village you will arrive at the church of S. Sofia, with its ancient bell tower, built in 1550, with inside the statue of S. Antonio, patron saint of Anacapri, which on June 13 is carried in procession under a rain  of flowers falling from the balconies.