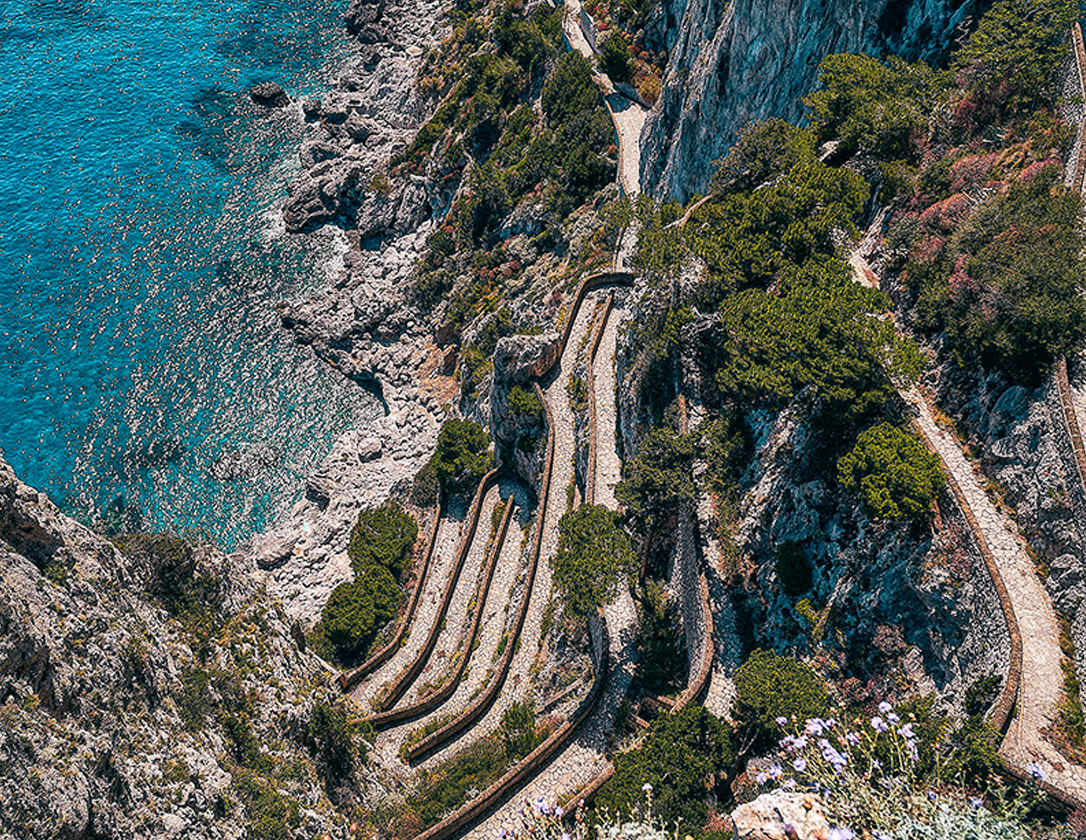 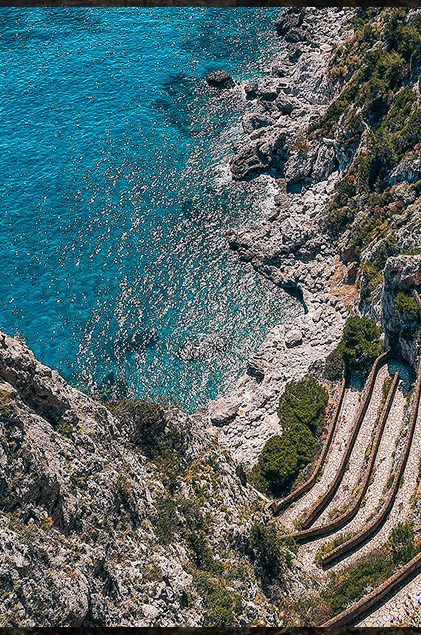 The love of the German magnate Alfred Krupp for Capri materialized at the beginning of the twentieth century with the purchase of a large agricultural land that stretched from the Certosa di San Giacomo to Marina Piccola.

His dream was to give to his “Island of the Soul”, where he had found his lost happiness. a road that connected the center of Capri with Mulo where he had anchored his two beautiful yachts Puritan and Maya.

Via Krupp, which the architectural historian Roberto Pane defines as “a jewel set in the rock” was inaugurated in 1902, the year in which the he industrialist was nominated honorary citizen of Capri.

At the entrance he placed two monumental marble lions that are currently found on the lookouts above the gardens. After the First World War the gardens were called the Gardens of Augustus and the succulents were replaced with flowers and shrubs of the island flora.

In 1930 the terraces above were inaugurated to allow tourists to enjoy the spectacular view of the Faraglioni, the bay Marina Piccola with the Scoglio delle Sirene, and the Solaro mountain. In 1970 a monument dedicated to Lenin by the sculptor Manzù was placed in the pitch adjacent to the gardens.

The work commemorates the two visits that the Russian revolutionary made to the writer friend Maskim Gorky who stayed at Villa Blaesus (now Villa Krupp) which overlooks the gardens and the Faraglioni.

In this residence the Russian writer, who lived in Capri September and years, he organized a famous chess tournament in honor of Lenin to try to bring together the various revolutionary movements. Who won the tournament? It remains one of the mysteries of the history of Capri.