Capri Trekking, walking among the parks 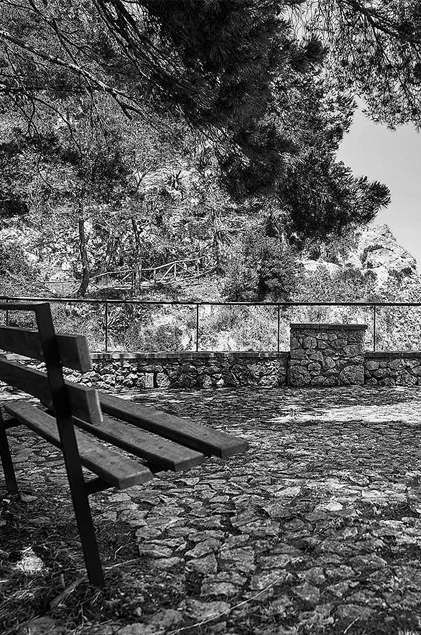 Capri, until the end of the nineteenth century, was a barren and rocky island, almost devoid of trees. In the photos by Sommer and Arturo Cerio, the slopes of Mount Tiberio and Solaro appear without trees, in their karst and dolomitic beauty. It was the many villas that were built in the early twentieth century and the reforestation work of writers such as Norman Douglas, Compton Mackenzie and Axel Munthe that made Capri a small floral paradise. A visit to the La Gloriette Park of Villa Lysis and the Astarita Park, along the Calanca path, is a small emotional journey through the colorful diversity of the island’s trees and flowers.

Going up (slowly) on the Tiberius hill, from the Piazzetta, you can admire many historic villas with their gardens and pergolas, where many artists and writers lived their stay in Capri: Villa del Monte San Michele of Prince William Parente, Villa Croce  by the Times journalist Henry Wreford, Villa Monetella by the Russian revolutionary Anatolj Lunacrskij, Villa Moneta, happy retreat of the Sicilian painter Antonino Leto and, finally, Villa Lysis, dedicated to the love and pain of Count Jacques Fersen, protagonist of the book by Roger Peyrefitte  “The exile of Capri”. La Gloriette Park has returned to its ancient beauty thanks to the work of a group of Capri volunteers who, for two years, cleared brambles by planting trees and the ancient floral species loved by the Count.  This charming garden, designed at the beginning of the century by the esthete gardener Domenico Ruggiero and the French architect Chimot, offers the visitor the opportunity to get to know small breathtaking viewpoints overlooking Marina Grande and the Galli Islands. Between groves of laurel and myrtle, rows of camellia flowers, hydrangeas, lilies, azaleas and hibiscus, the mind is intoxicated with beauty and perfumes. Small curiosity: the plant banned from this park is the bougainvillea, which Fersen hated. Leaving the gate, the Calanca path will take you to the entrance of Villa Jovis in half an hour. This ancient rural route, used by Tiberius peasants for hunting, herding and collecting wood and medical herbs, in Roman times, was the access road for the transport of goods to the Imperial Villa.Almost adjacent we find the entrance to the Astarita Park. This small naturalistic and faunistic oasis, which extends for one hundred and fifty thousand square meters, was commissioned in 1926 by the banker, archaeologist and poet Mario Astarita. Its viewpoints offer unprecedented and spectacular perspectives.
The Belvedere del Pino, with its countless steps between the rocks, descends as far as the White Grotto. Astarita wanted to reach the sea but her dream never came true. Walking in the park’s wood you can admire many permanent birds such as the peregrine falcon, moreover, a large colony of goats and billy goats will accompany you in this naturalistic oasis between sky and sea.
edited by Renato Esposito
Menu