THE “PIAZZETTA”: A PLACE IN BETWEEN MYTH AND HISTORY 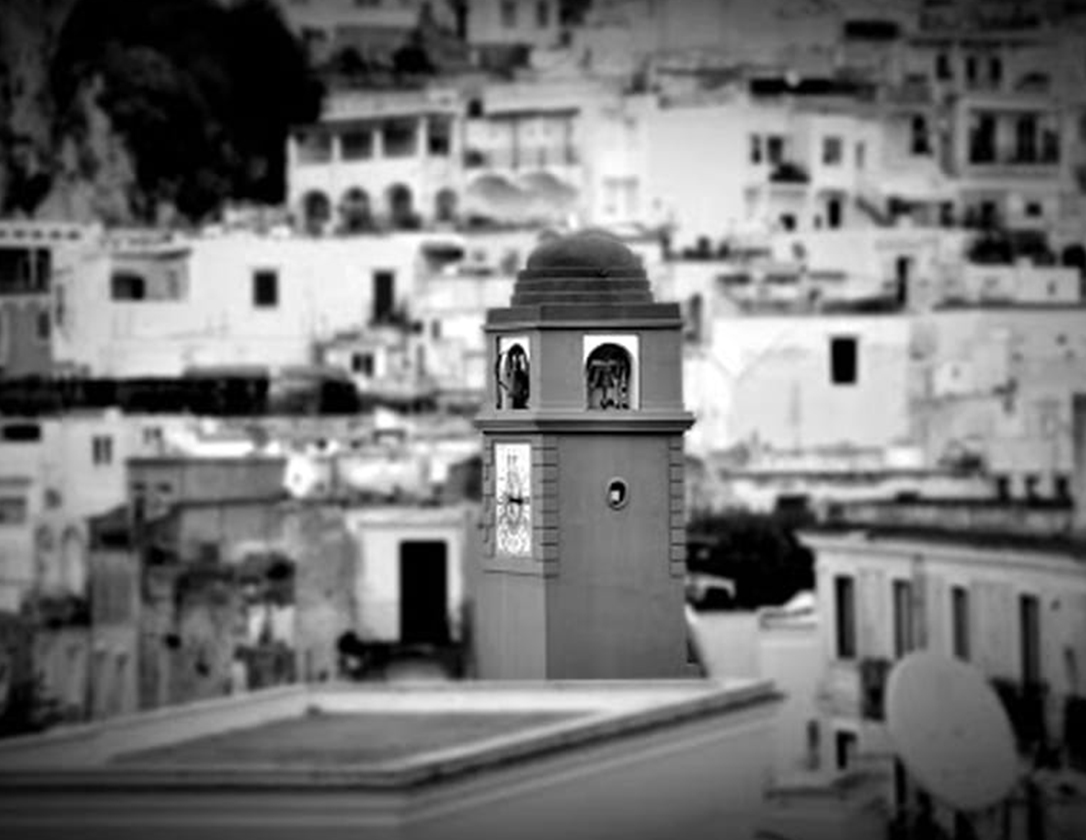 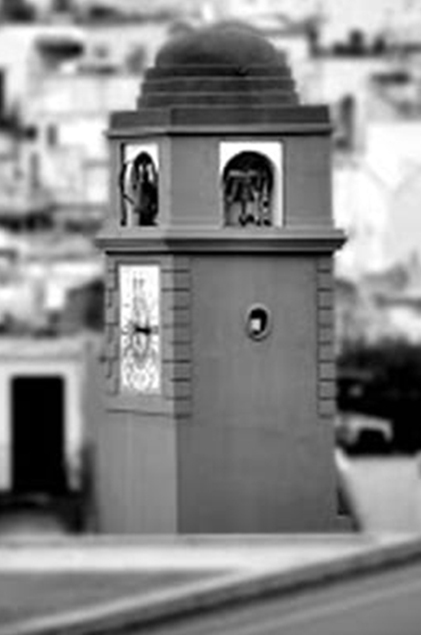 Permanent gravity centre of social and religious life in Capri, the Piazzetta was defined “the world’s living-room” by Edwin Cerio. A magic kaleidoscope opening on a “tiny theatre” where a cosmopolitan, joyful, eccentric humanity recites life.
Since Augustan-Tiberian times, a Forum has been present close to the ancient Greek Walls right after the old entrance door to the town, which is still there to be seen.
After the year 1000, the above mentioned Square became a big rustic yard, especially when the population, due to the continual Saracen incursions, was obliged to move from “the lower town” _ the ancient Nimfisia, or the “springs’ town” (i.e. the current Marina Grande) _ to the historical districts known as Longano and Li Curti.
Originally bordered by three square turrets, the Piazzetta became a religious space, or better, the natural churchyard of the Cathedral, when the construction of St. Stephen’s Cathedral and the Episcopal Palace were completed in the seventeenth century.
After the discovery of the Blue Grotto in 1826, the Square _ called “A Chiazza” by the local people, turned into a commercial and touristic centre with craft-shops, an inn and a pharmacy.
Following the demolition of the bordering walls, the creation of Via Nuova (the current Via Roma) and the enlargement of Vico Strettola (the current Via Vittorio Emanuele), the Square took on its modern architectural shape towards the end of the nineteenth century.
The switch of Capri from a winter holiday resort (German people called it Winterfelsen, that is, Winter Rock) to a summer holiday spot, made the Piazzetta a natural leisure centre and, with the opening of an outdoor café, it turned into a worldliness place of excellence of Capri-Flanerie.
After World War II, Capri’s Piazzetta, as well as Via Veneto in Rome, became a symbol of “La Dolce Vita”. Iconic American actors could be seen there, sipping coffee together with existentialist writers, while noble dandies experimented new eccentric fashions.
Therefore, the Piazzetta became an ideal movie set where everybody played their guest star role for a day. Being both a Forum and a Living-Room, this unique place determined, and it still does today, the destiny, the time and the rhythm of Capri life.
In winter, the people of the area, known as “Chiazzieri”, enjoy the Piazzetta as their favourite spot not only to discuss and enter into political and economic agreements, but also to gossip, sitting or standing in the most privileged corner of the island.
In summer, instead, you can see Caprese population just in the early mornings, rushing to work. Then, the Piazzetta turns into the World Stage and a Jet Set.
The historic Clock Tower marks Capri time. Yet, on the Island there is a different time, we would say: interior, which makes you magically serene and lets you regain your “joie de vivre”. By experiencing “Capri Diem” in the Piazzetta or in so many other places of the soul present on this enchanted Rock, your spirit realizes how fundamental it is to live the present moment, putting aside past memories and future anxieties.
In the “navel of the world” you can really savour happiness.