Leaving the Piazzetta di Capri, after traveling via Vittorio Emanuele and via Camerelle, the road known for its high fashion houses, the path to the Tragara viewpoint begins. Before reaching the latter, at the Hotel Scalinatella, on the left, climbing a few steps, you arrive in via Tuoro. 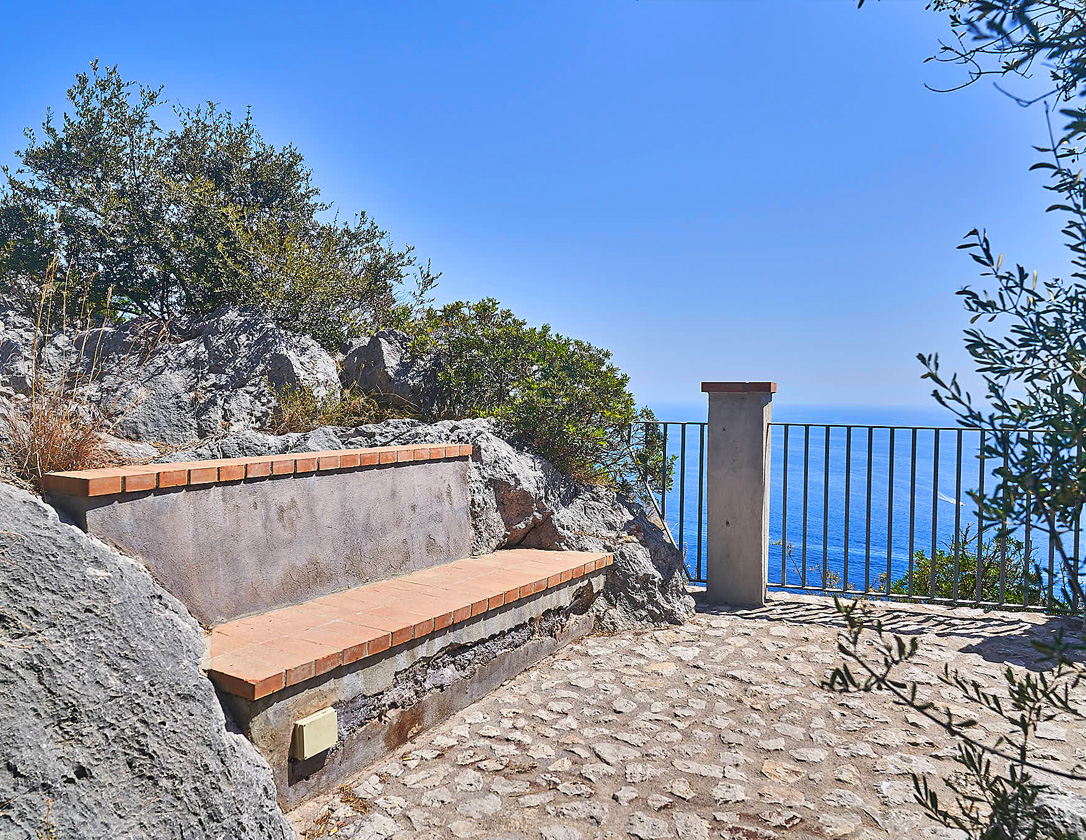 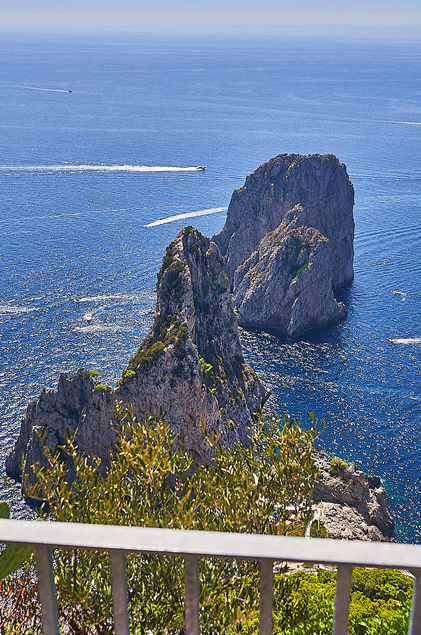 Traveling along a stretch on the plain, where you can admire enchanting villas, including Villa Tuoro where the famous writer Norman Douglas, creator of the myth of the Land of the Sirens, lived and died, you will reach the first viewpoint of Tuoro.

The panorama will open on the enchantment of the Faraglioni, seen from a different angle, on the rock of Monacone and on a glimpse of Villa Solitaria. This was the home of the Scottish writer Compton Mackenzie and then of the musician, always Scottish, Cecil Gray. The same view can be had by climbing higher, from the second terrace of Tuoro, recently restored. From here a dirt path begins, marked in red, which leads to the staircase to get to the traffic light: a former meteorological station of the Air Force, now located at Damecuta in Anacapri. Going down, once you arrive in via Dentecala, turning right, you continue to the Piazzetta delle Noci. Here, from the belvedere, you are breathless: Natural Arch, the Amalfi Coast, Monte di Tiberio and Punta Campanella, stand out between the blue of the sky and that of the sea. Further up, from the pine forest immersed in silence, you can decide whether to go back and then take via Matermania, 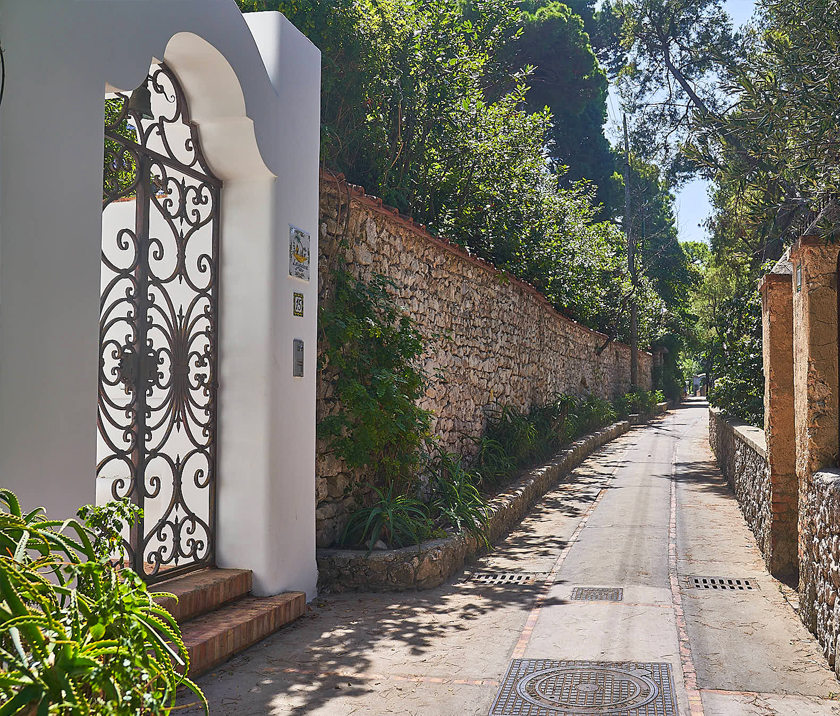 or take a small path, on the left side of the pine forest, which will join a stretch of the famous Pizzolungo path and from there return to Tragara and its Belvedere.