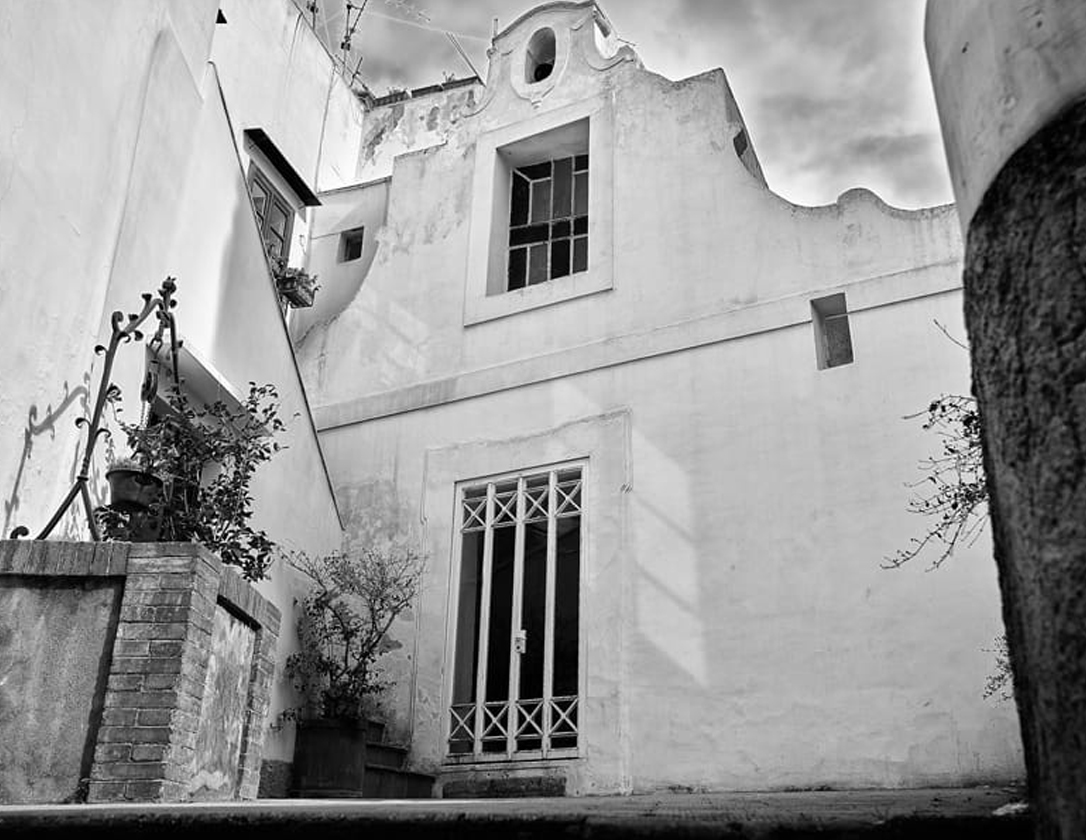 The oldest and most charming ancient area in Capri is represented by the section around Sant’Anna _ a Church dating back to the year 1000, which was the Island’s Parish until 1556 _ and Via Le Botteghe, today a frantic succession of shops, originally called “Via delle Cinque Poteche Lorde”, that is, the street where you could find a bakery, a grocery, a winery, a butchery and a greengrocer store, whose presence and activity in town was required by law. Indeed, shopkeepers were obliged to sell only local products: wine, flour, lard, olive oil, salted meat, legumes and fruit. Walking along Via Le Botteghe, you will get lost in a typical Caprese Decumanus, characterized by such side streets as Via Parroco Canale and Via Li Curti, both leading to the historic district known as Via Listrieri. In these names, it is possible to trace the origins of the area. Li Curti, for instance, were “le Curtiglie”, that is, the yards where Capri people spent their ordinary life; whereas Li Strieri were the narrow blind alleys used as a further defence from the Saracen incursions. Once reached Via Madonna delle Grazie, you will find the Church of Saint Anna, former Church of Saints Pietro and Paolo “alla Calcara di Capri”, where the Islanders used to make lime for the construction of their houses. Regarding the name Sant’Anna, besides her stunning painting visible on the Main Altar, the Church is worth mentioning for an old “purification” ritual. In fact, until the mid-1900’s, Caprese women used to bring their new-born babies before the portrait of the Saint (Anne was Virgin Mary’s Mother), forty days after their birth. Also, this ancient Paleo-Christian Church treasures rare frescoes from the Scuola Senese, many of which are of recent discovery, thanks to the latest restoration works. A true architectural gem, a little casket of frescoes dating back to the 14th century, the entire district preserves its old, popular fascination, where you can breathe the real “genius loci” of the Island. While crossing Via Listrieri with its vaulted houses and walking along the tiny alleys covered with arches, you will get to Via Longano, the oldest street in Capri. The Longones (hence the name Longano), are the long Greek stones shaping the first part of the Greek Defensive Wall of the“Citadel”. It was the “Polis” founded by the Teleboi around the eight century B.C. and ruled by Ebalo, Telone’s son, as we can read from Virgil (Aeneid, Book VI). It was because of the Greek spirit present on the Island that Emperor Tiberius elected Capri as his ideal exile place, thus making it the Capital of the Roman Empire.