High up, on the north-eastern rocky spur of Anacapri, at the foot of Mount Barbarossa, is the white creation of
Dr. Axel Munthe (1857-1949), one of the most famous Swedes in the world at the time. His notoriety is mainly due to his work as a writer, to his fame as a doctor of all and staff of Queen Victoria of Sweden, as a philanthropist and friend of animals and for his friendships in the international intellectual world of the time.
Villa San Michele is surrounded by a green park where architecture, art and nature come together harmoniously. The Villa is the only private residence in Capri, in its original state, open to the public and evokes the life of the international cultural, aristocratic and royal jet set of its time. 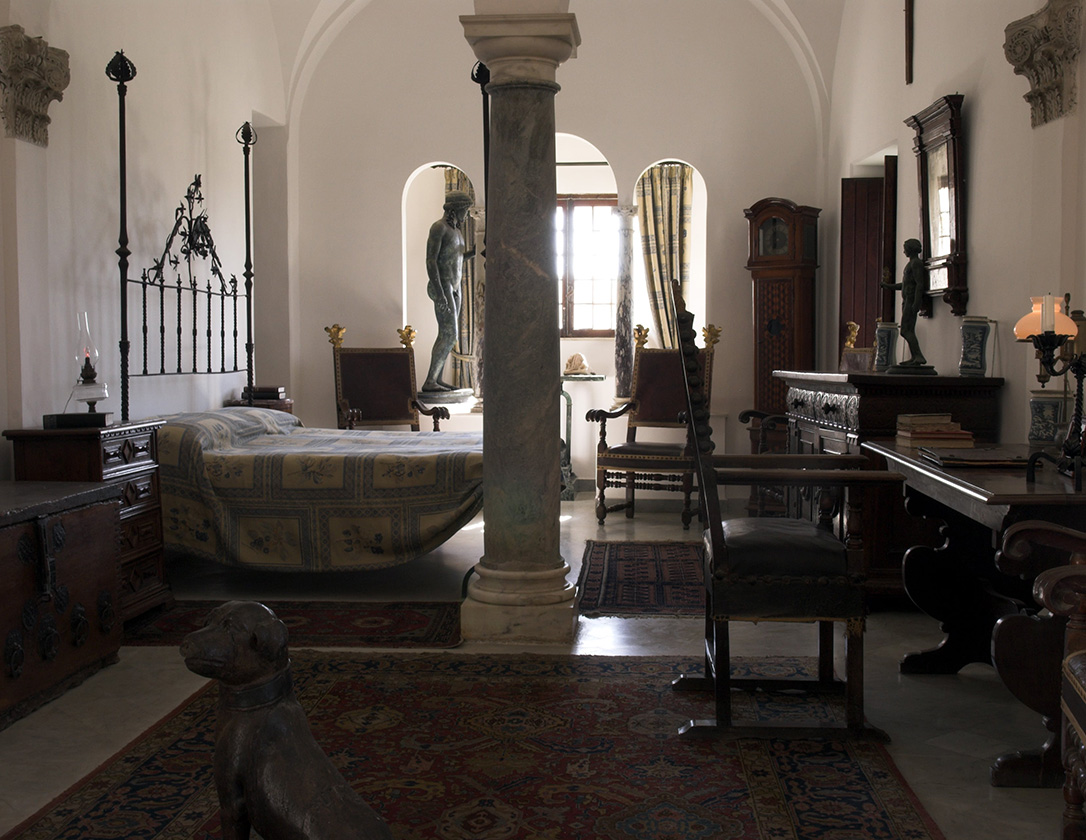 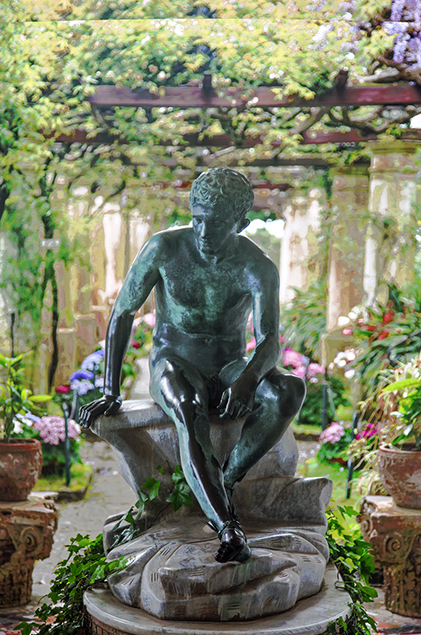 "My house must be open to the sun, the wind and the voices of the sea - like a Greek temple - and light, light, light everywhere"

Wrote Munthe in The Story of San Michele (1929) one of the greatest international bestsellers of the era.
The Swedish doctor's intention was not to create a comfortable home for himself, but rather he wanted to create an airy architecture that would allow his thoughts and emotions to express themselves on the great issues of life. In the land purchased by Munthe there were traces of the Roman era. The ancient artifacts are part of his private collection and come mainly from the continent;  yet, whether they are originals or copies of marble and bronze, they all have the function of arousing that state of mind that Axel Munthe, according to the words of the book, wanted to evoke. Of all, the most iconic figure is the Egyptian sphinx that watches over the island of Capri from above.
Munthe also purchased the ruins of Barbarossa Castle with the surrounding land, in order to prevent traditional bird hunting. Over the years, the castle of Barbarossa has become the ornithological station of Capri, and is home to a research center on migratory birds, in which Swedish and Italian ornithologists work during the period of spring migrations.
From 1907 Munthe's guests and patients lived periodically at Villa San Michele, including the eccentric heiress Luisa Casati Stampa, muse of many artists and the first performance artist in the world.
In 1917 the Villa became a convalescent home for wounded English soldiers. 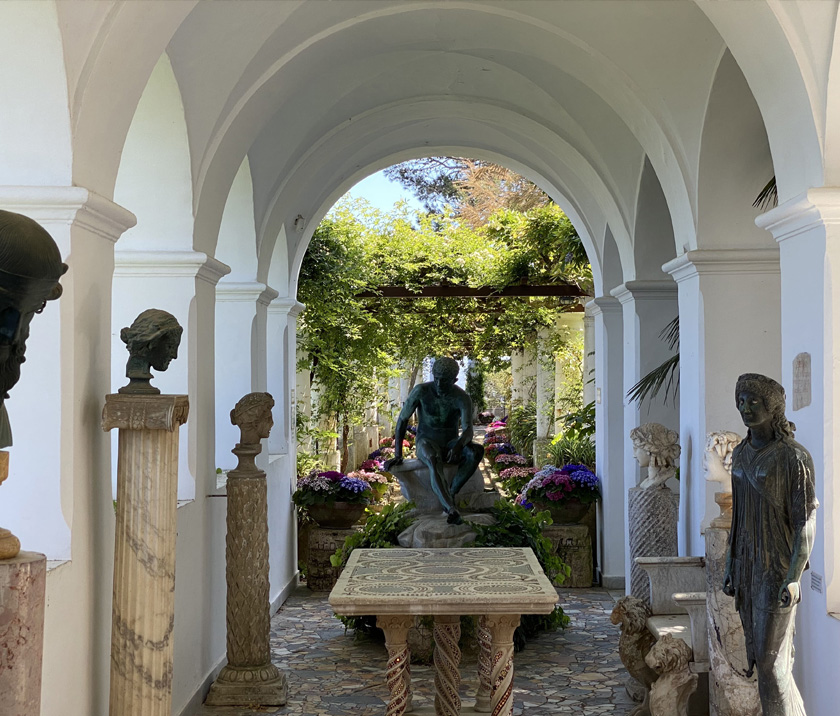 Munthe's bond with Capri lasted 68 years and for most of this period the island was his main residence. In 1943 he left Capri forever and spent the last years of his life at the royal palace in Stockholm, guest of King Gustav V. In his will he decided to donate his residence and all the surrounding properties to the Swedish state with the aim of developing and strengthening the relations between Italy and Sweden, thus offering every summer a rich program of cultural events with renowned Swedish and Italian artists.
For museum opening hours, see www.villasanmichele.eu
Guided tours of the Barbarossa Castle take place from April to October by booking at 0818371401.