On May 14, the island is preparing to celebrate its patron San Costanzo. The inhabitants of the island and tourists flock to the procession starting from the Piazzetta, between the broom in bloom and the sound of the bands, up to the church of the seaside village of Marina Grande. On June 13, the patron saint of Anacapri, S. Antonio, is the protagonist, welcomed in a procession through the streets of the center that are populated by the famous stalls. On 7 September the Madonna del Soccorso is celebrated with the Tiberian Piedigrotta, a jump between Capri flavors and shows, while Anacapri kicks off its Settembrata, that is the grape festival, a fixed appointment with its folkloristic and food and wine traditions.ppuntamento fisso con le sue tradizioni folkloristiche ed enogastronomiche. 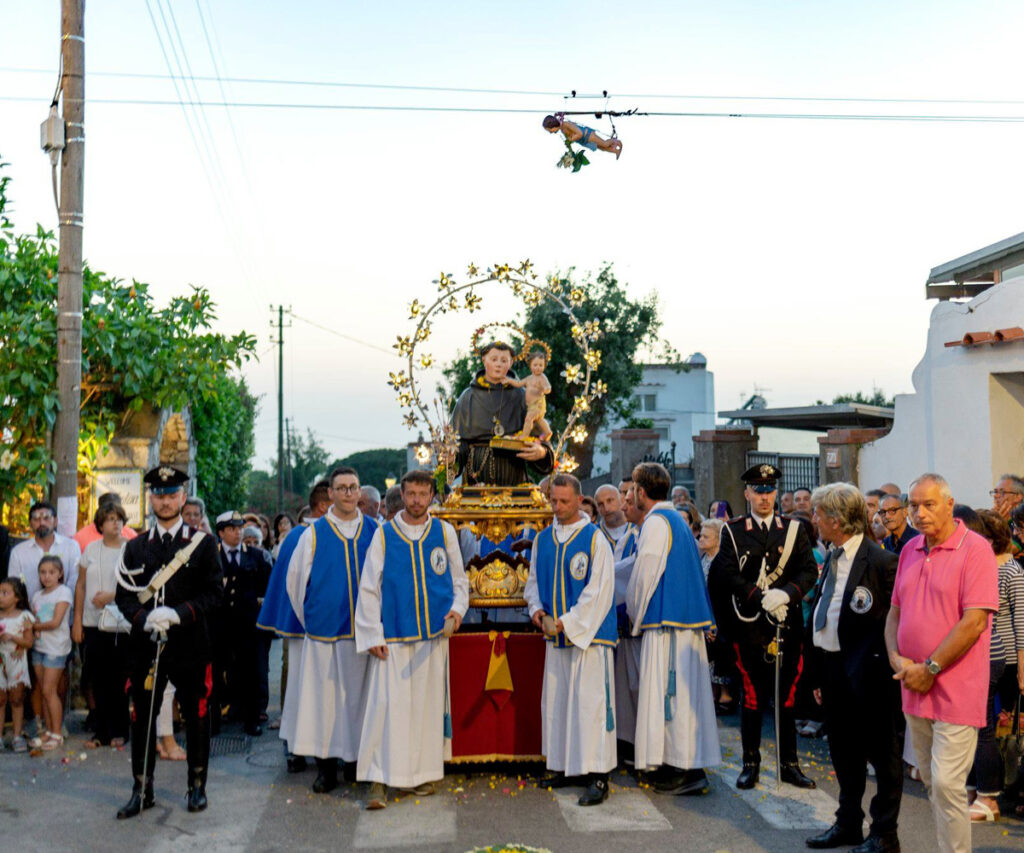 June 13 is a special day for Anacapri which celebrates the feast of its patron saint, Sant’Antonio.
Already a week earlier, the historic center and the Church of Santa Sofia are dressed in the party dress.
In fact, colored drapes and lights fill the square and the streets in front of the church from which the saint will come out. In addition, there are also many typical candy and toy stalls. 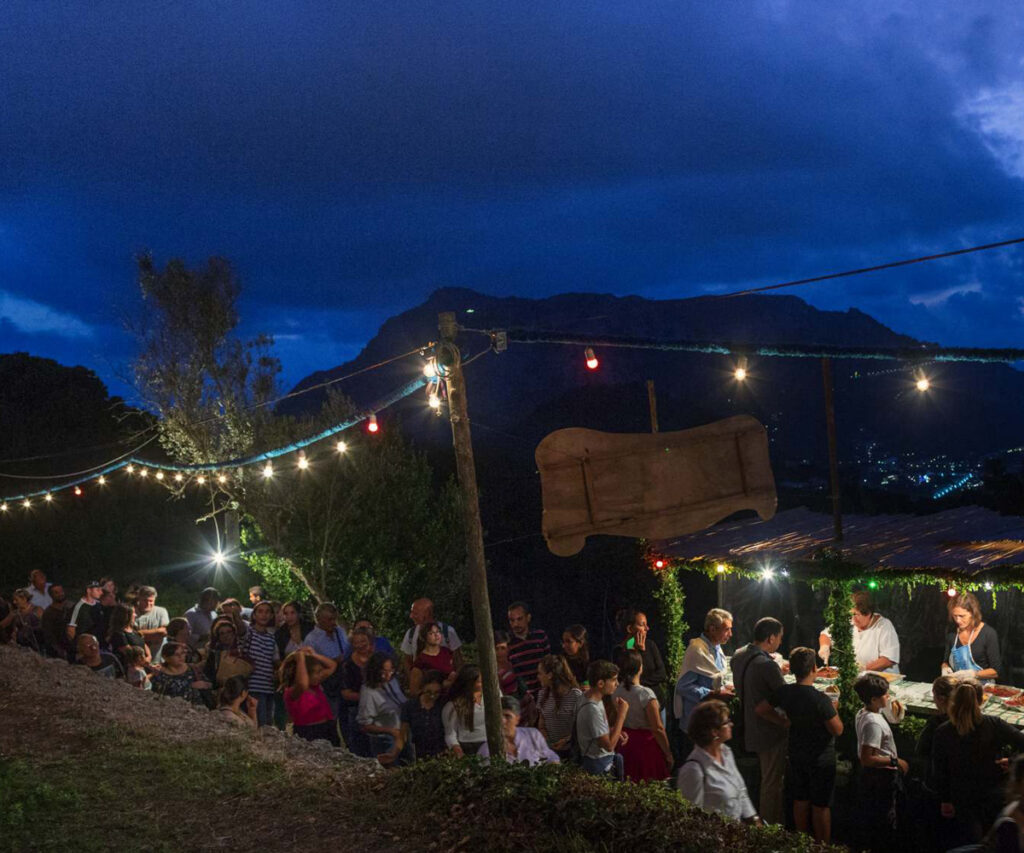 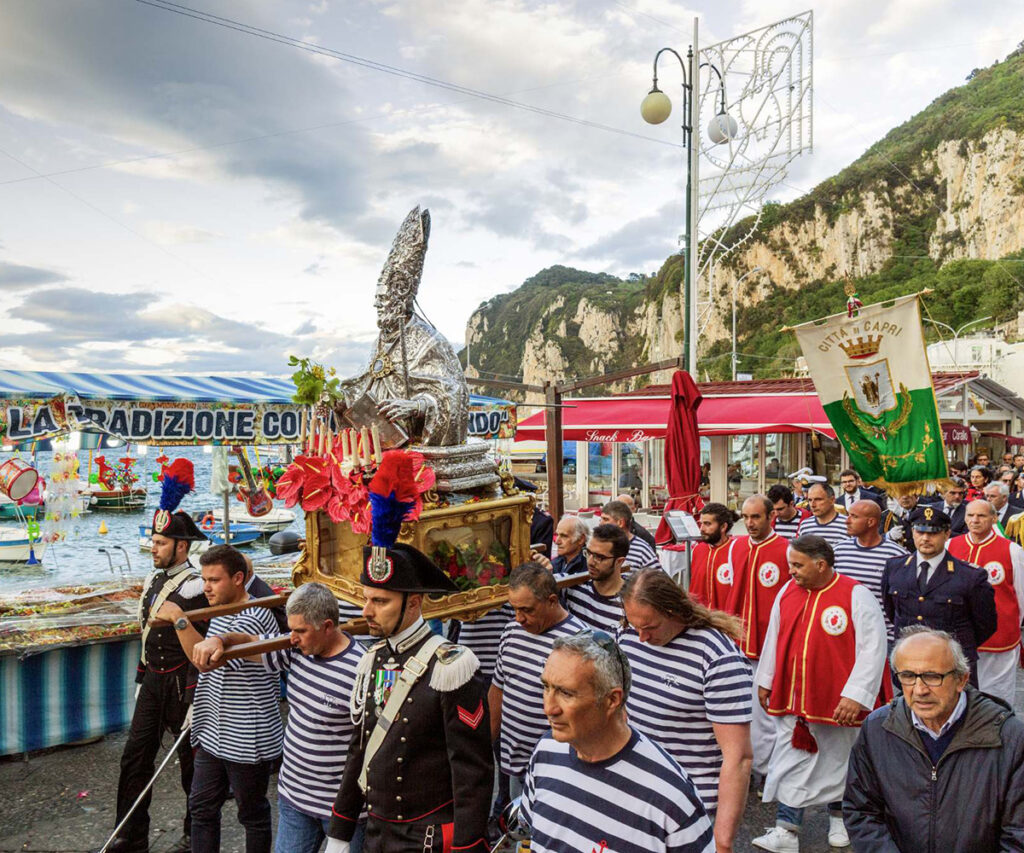 Each May 14th, Capri Municipality celebrates its Patron Saint, San Costanzo. He was a Bishop of the Eastern world who landed on the Island during the seventh century, after a shipwreck occurred on his return to Constantinople. In Capri he became a “lighthouse”, a true religious and moral landmark for the local inhabitants who, since that time, have commemorated and thanked him for the miracle he did in 991 AD.

The last week of August, in Anacapri, the Settembrata, the famous festival of grapes and ancient peasant practices, kicks off.This event was born in 1923 thanks to a group of artists who wanted to pay homage to the Anacapri population for the hospitality received . In recent years, Settembrata has revived in addition to the historical re-enactments of the early 1900s also the agricultural habits and local crafts.

Do you know all the itineraries on Capri?

Guide of Capri © 2021. All rights reserved. Design by Power Up Capri

The first portal of Capri without intermediaries.